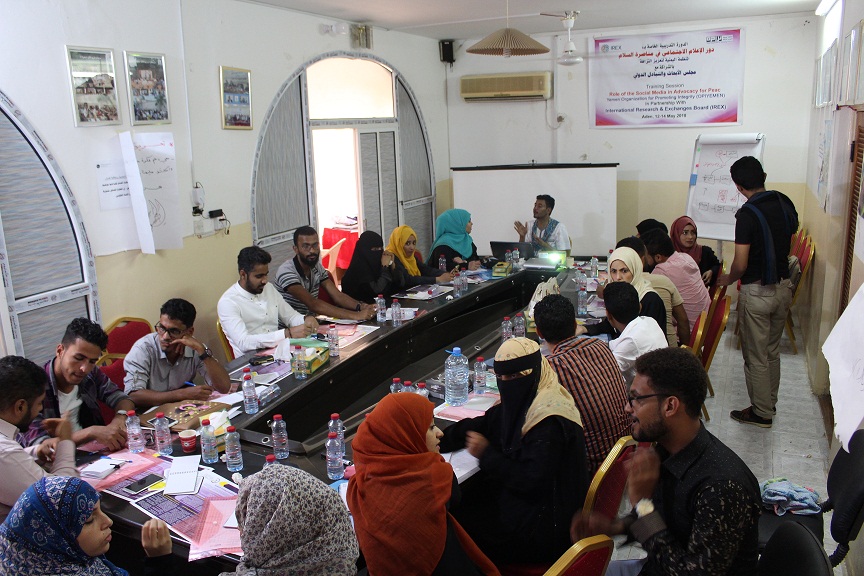 Yemen Organization for Promoting Integrity integrated a training session in the use of social media for Yemen’s peace in Aden.

Twenty attendees will learn skills of advocacy and use of the social media to advocate a national peace initiative.

Training and development expert, Marwan Ahmad Al Shibani, will work together with the trainees on a plan to launch a campaign on the social media outlines for a national initiative to stop the war and establish peace in Yemen.

The three-day session is part of a project to engage local society in making peace, which is implemented in partnership with Research and International Exchange (IREX), for stimulating and developing efforts on national, regional and international levels to build peace in Yemen.

Yemen OPI has developed a national initiative to stop the war and establish peace utilizing the outcomes reached in two workshops were previously carried out by it in Sana'a and Aden.

2 Editions of the organization